Margaret Sanger, the eugenicist who founded Planned Parenthood, found the preborn intolerable and wanted them dead. She was by far one of the most evil women on earth.  I want each of you to know who she was and I feel it is important to put a quote. Many people believe that Planned Parenthood does “good things.”  This is NOT so, as the founder despised people who she considered not valuable.   Margaret Sanger considered African American people “human weed.” With a foundation so grotesque I do not think there is any justification that Planned Parenthood somehow can be seen as “wonderful” or “great for women.” 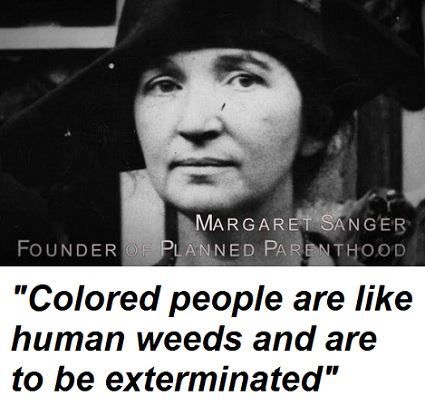